Izzy Woods asks Will 2012 be the year of the Electric Car? 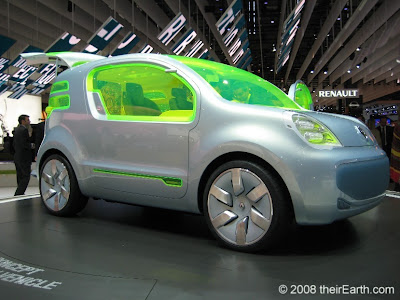 Despite the Irish Government’s plan to have 10 percent of
vehicles sold for Irish roads electric-powered by 2012 ,
electric car sales have been
pitiful. In 2011, just 43 electric cars were sold throughout
Ireland, which makes the government’s hopes to have 6,000
electric vehicles on the
roads by the end of 2012, look dashed even before the year has
got going. Of course, advocates for the electric vehicle (EV)
point out that Ireland
is lacking the necessary infrastructure, namely recharge
points, which is a key factor in putting people off, and that
the planned grants of €5,000
promised by ministers is yet to materialize, but is the choice
of electric cars also to blame?

With the exception of the Tesla Roadster, the only electric car that
warranted high-performance
car insurance, most electric vehicles have been pretty
uninspiring efforts. The G-Wizz, for instance, really
struggles with its image. When the wind is behind you, it can
just about manage 50mph but
takes nearly half a minute to get there. And if you drive home
at night in the rain, you have to make the unenviable choice
of using either
headlights or windscreen wipers. Even the high-performance
Tesla has failed to make much of a mark on the Irish
car-buying public, perhaps because
if you are going to buy a performance car, you want one that
doesn’t take eight hours to fill up.

However, with a completely new range of electric cars coming
out from the mainstream carmakers, 2012 could be the year when
the electric car
finally begins to become a common sight on Ireland’s roads.

Electric cars are actually not a new idea. In the early days
of motoring, electric vehicles were more prevalent than the
unreliable, dirty and
mechanically complicated combustion engine cars of the time.
However, as petrol powered cars became more reliable, the
advantage of their greater
range and ability to fill them up in just a few minutes,
compared to eight hours of battery charging, soon saw the
petrol car relegate electric
vehicles to mundane tasks such as delivering milk. Of course,
with modern concerns about climate change, there has been a
big rethink about the use
of electric vehicles, and more and more mainstream
manufacturers are producing electric models to meet the
expected demand. But does the demand
warrant it?

The choice of electric vehicles is certainly getting better.
Nissan’s Leaf has been very well reviewed. It drives and
handles just like a regular
family hatchback, only quieter, and has nippy performance.
Other big manufacturers are releasing their own electric
models too, which include the
Renault Fluence ZE, Mitsubishi’s I MiEV, Smart ED, the
Vauxhall Ampera and Toyota have a plug-in version of their
Prius planned for later on in
2012.

The price of electric vehicles is quite disconcerting though.
Even if the promised €5,000 government grant materialises,
Nissan’s Leaf will still
set you back the best part of €30,000, and depreciation is not
going to be good. Of course, fuel costs will be significantly
lower, and these new
electric vehicles have certainly come a long way from the
ghastly G-Wizz. With ranges of up to 200 miles (depending on
how they are driven) and
performance equal to petrol cars – some of them even have
pretty decent looks.

But advocates of the electric vehicle are right, if electric
cars are going to make an impression on the car buying public
the available
infrastructure needs improving. So far, Ireland only has 40
electric vehicle recharge points, although electric car
manufacturer ESB has promised a
further 1,500 public charging points by the end of the year.
While this makes finding a place to recharge an electric car
much easier, it doesn’t
address the issue of the time it takes to recharge one, though.

While many of these recharge points will be fast-charged
points, which take half the time to recharge a vehicle, this
still takes four hours –
hardly practical when you are taking the kids out for the day.
Furthermore, these fast-charge points won’t do the life of the
batteries much good,
with most electric car manufacturers recommending this type of
charging be kept to a minimum. So even if the infrastructure
improves, it’s doubtful
electric car sales are going to come anywhere near the
government’s planned targets.

While electric cars will no doubt appeal to commuters in
Dublin, the impracticality of needing at least four hours to
recharge your car is going to
make them a hard sell to the rest of the nation. 2012 may well
prove a boom year for electric car sales in Ireland, but it’s
doubtful they’ll sell
in the quantities the government hope, not unless carmakers
can address the issue of these impractical recharge times.